Store
Cart
Check Out
Log In
Terms and Conditions
You are here: Home / Why choose PRN omega-3 products?

PRN omega-3 products contain a concentrated amount of both EPA and DHA. Their omega-3 products are in a cleaned triglyceride form. Many other brands of omega-3 products are low quality, unpurified, or are sold in a synthetic, ethyl ester form. This form, which is more difficult to absorb, can leave a fishy odor or after-taste. It could take up to 40 capsules to equal the same benefits found in just four capsules of PRN®’s products.

Omega-3s from fish oil, eicosapantaeonic acid (EPA) and docosahexaenoic acid (DHA) come to consumers in one of two forms: triglycerides or ethyl esters. One of the most controversial and debated quality issues surrounding fish oil is which form of fish oil is best – Triglyceride (TG) or Ethyl Ester (EE)?
What form are the long-chain omega-3 fatty acids (EPA and DHA) in when we absorb them from eating fish? The answer is triglyceride. Over 98% of all fats ingested are in triglyceride form.

Ethyl ester forms of omega-3 fatty acid supplements are becoming more prevalent in the market because of the cost: they are cheaper to produce than triglyceride forms. The industry created ethyl ester because they are a more malleable form than triglycerides. They have a much higher boiling point, and are easier to work with when processing for supplement distribution.

The main purpose of molecular distillation is to remove the industrial contaminants (e.g., heavy metals, dioxins, and PCBs) present in the commodity fish oils most supplement makers use, and concentrate the omega-3 molecules, EPA and DHA. In this model sterility overshadows efficacy.
Studies have shown that ethyl esters are the least bio-available forms of omega-3’s compared to TG forms and/or whole fish.(1) Once purification is complete through the micro distillation process why would the manufacturer leave them in an EE form – COST.

The process to convert fish oil EEs back to TGs is costly. Bulk oil costs for TG concentrates are typically 30-40% higher than EE concentrates.

Ethyl esters are produced by reacting crude fish oil in a free fatty acid form with ethanol (an industrial alcohol) to form a synthetic substrate. Under a vacuum, the mix is then heat distilled and the resulting condensate is a concentrated omega-3 ethyl ester solution. The concentration of the omega-3 fatty acid depends on the variables of the distillation process but normally results in a 50-70% omega-3 solution. (2)

The process of converting TGs to EEs is necessary from a technical standpoint in the production of fish oil concentrates to purify the oil. However, once this molecular distillation process is completed, there is an option to leave the fatty acids in free form, attached to an ethyl alcohol backbone, or to reattach them to a glycerol backbone (triglyceride).

This is supported by our own understanding of human physiology: when ethyl esters are consumed, they are processed in the liver, where the ethanol is drawn off, and the body must then rebuild the resulting free fatty acids back into a triglyceride. The EEs that get digested produce free fatty acids plus ethanol. This is certainly a less efficient absorption process compared with the direct intake of a natural form triglyceride because the EE form must be reconverted in the body back to a TG form. The delay in TG re-synthesis suggests that transport to the blood is more efficient in natural TG fish oils in comparison to EE.(5)(6)(7) Furthermore, this delay of TG re-synthesis in EE fish oils causes a release of ethyl alcohol and may subsequently produce oxidative stress by releasing free radicals in addition to releasing the ethanol.(8)

A bioavailability of different omega-3 formulations was reported by Dyerberg (the father of fish oil), 95 et al. Seventy-two healthy subjects were allocated to be given a reesterified TG, EE free fatty acid, fish oil or cod liver oil preparation for two weeks. The concentration of EPA and DHA was highest in the re-esterified TG group and lowest in the cod liver oil group. (9)

A similar study also concluded that only 20 percent of the omega-3s in the standard ethyl ester from were absorbed, unless they were taken with a high-fat meal, which raised the absorption level three-fold, to 60 percent. (10) In contrast, the absorption of other fish derived omega-3s (EPA and DHA) in their natural triglyceride from was substantially greater in either context (high fat or low fat): absorption of DHA was equally superior with either low-fat meals or high-fat meals, while participants’ absorption of EPA increased from an already-high 69 percent to 90 percent when taken with a high-fat meal.(11)

Evidence suggests that triglyceride (TG) fish oils are better absorbed in comparison to EEs. Natural TG fish oil results in 50% more plasma EPA and DHA after absorption in comparison to EE oils, TG forms of EPA and DHA were shown to be 48% and 36% better absorbed than EE forms, EPA incorporation into plasma lipids was found to be considerably smaller and took longer when administered as an EE.(12)
Omega-3 fish oils in the form of EEs are much less stable than those in the natural TG form and readily oxidize. The oxidation kinetics of DHA as an EE or as a TG was assessed by measuring the concentration of oxygen found in the head space of a reaction vessel with both TG and EE forms. (13) The EE form of DHA was more reactive, and quickly oxidized, demonstrating that EE fish oils are far less stable and more readily product harmful oxidation products. (14) Furthermore, the stability of oil containing DHA in phospholipid triglyceride, and EE form has been assessed. After a 10-week oxidation period, the EE DHA oil decayed 33% more rapidly. (15)

Side Effects: Ethyl Ester vs. Triglyceride

Ethyl Ester Form: The ethanol in EE form MUST be filtered through the liver. As we have just discussed, when ethyl esters are consumed, they are processed in the liver, where the ethanol is drawn off, and the body must then rebuild the resulting free fatty acids back into a triglyceride. Any form of alcohol filtering through the liver runs the risk of side effects.

The most common side effects: burping (thus the need for enteric coating), infection, flu symptoms, upset stomach, a change in your sense of taste, back pain, and skin rash. Indeed, the impact of ethanol release from ethyl ester forms of fish oil can be documented under the adverse events section in the prescribing information for Lovaza, the EE prescription form of fish oil. Some of these adverse events include body odor, vomiting, gastrointestinal disorder, pancreatitis, cardiac impact and hypertriglyceridemia (which is paradoxically the clinical issue for which this drug is prescribed). All of these side effects are a result of the toxicity of the ethanol released form this highly concentrated EE form.

Almost all Clinical Evidence showing Omega-3 benefits relate to fish consumption. Fish are in a TG form. There are NO ethyl ester fish in nature. Humans must consume fish oil in the same form as the fish to receive the maximum benefits.

Ethyl esters have been in the human food chain approximately 20 years.
Triglyceride fatty acids have been eaten safely, and for great benefit, for an estimated 600 million years. 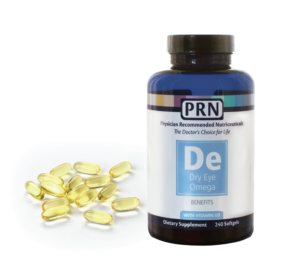